Argh !! Why did I even start this when I’m already watching Hyde, Jekyll, Me ?!!?! Anyways I started this yesterday coz was watching it with friends.

It’s like a more serious version of the other. Not so much silliness. But omg Shin Se Ki is so goddamn hot

!! I was confused at first coz I didn’t realize this was another D.I.D.

I thought Oh Ri Jin was a mental patient in the psychiatric ward at first. Took me a while to realize she was a doctor. Specifically up till she took her coat off to reveal her outfit.

I really wanna know why the grandma and the whole fam treats Do Hyun’s mom so bad. Plus I know the grandma from another drama

Just can’t remember where from atm.

Even his cousin, Ki Joon !! I know him too. And who the fuck is the girl Do Hyun can’t forget ?? I’m still waiting damnit. Is it Chae Yeon

He was meant to meet her on Christmas, but got dumped by one of his alters’ girls right before she turned up ?

I really like Heo Seok Hee’s character 🙂 She’s so crazy. And she appeared to read Do Hyun so well at the club. It doesn’t help that Ri Jin totally acts like a crazy person.. So easy for Ms. Seok Hee to pull that act of being the doctor, not the patient.

I’m finding it so hard to get the thought out of my head that Se Ki might’ve met Ri Jin when they were both children. Seeing as he said he met his first love. I doubt he means he fell in love right then for the first time ever. 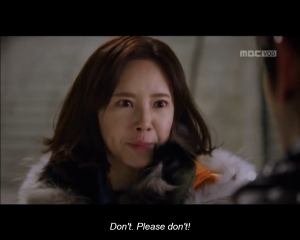 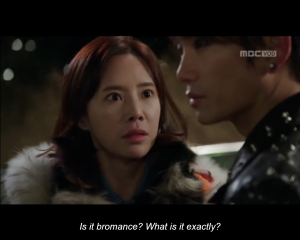 But her inner monologue totally kills me omg.

Judging by Doctor Oh’s screams, she isn’t hating it. Lmao. Just strips off everything

Can’t stand that fuckin intense stare. Can’t blame her though. Who could ? 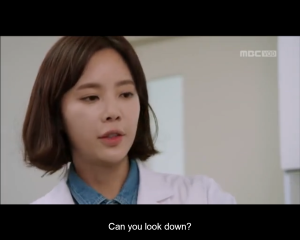 How could I forget the look in those eyes ? And he rocks that guyliner

But he looked so freakin scary here. Se Ki being Do Hyun for a bit. This face will haunt me. 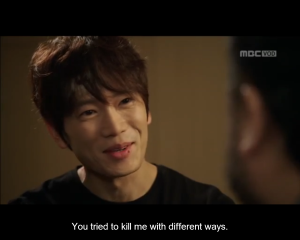 Her meeting her mom was the fuckin cutest shit ever ! This goddamn family man. They’re so cute

Why does her bro have pictures of Do Hyun in his room. Saw it on a paper in his car aswell. And he’s voluntarily given himself different personalities. Guess this will help Ri Jin realise about Se Ki/Do Hyun.

Damnit ! That guy goes and kidnaps her coz of the freakin jacket. Ugh ! More piss taking is neither Se Ki or Do Hyun know where the damn jacket even is ! But obviously no one lets the damn girl even speak -.- But Secretary Ahn, what fuckin weak punches were those ??

When that guy was preparing for Se Ki to turn up, what kind of training do you call that ? He’s like, come at me slowly. Ah, so he stole the boss’ jacket. No wonder they’re dying to get it back. Plus the drugs too.

Bloody glad for that secret code to her bro. I was thinking how the fuck could you not even worry about them attacking your brother ? So what if he’s having a gathering. What is a group of authors or something, against these guys ? Turns out they were cops and shit lol.

But Perry’s fail bombs though

Well they did go off later on, at a more inconvenient time. I’m glad she’s starting to see his personalities, and the difference between them.

The fuck does Chae Yeon wanna cross the line with him ? I already don’t like this girl. I thought she was meant to be with Ki Joon, guess she isn’t really that into him.

I totally forgot the doctor who’s the boss of Ri Jin, actually knows Do Hyun & his alters. Totally slipped my mind till he got shocked over her mentioning Se Ki.

I totally hate the fact that he’s going through all this alone. He literally only has Secretary Ahn. 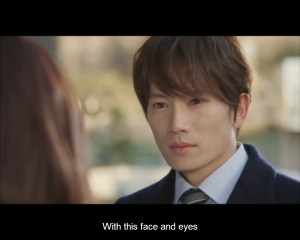 All the fuckin staff just left their work to come and watch her talking to her boyfriend ? Really professional, guys. Real professional.

But omg the cuteness was just killing me. But when he knelt in front of that chief, it just hurt realising how much he goes through to fix everything his alters do.

Why did Ri Jin’s mom get so touchy when that guy brought up her kids not looking alike ? Is it true ? Are they really not related ??

What’s Ri Jin’s dream all about ? And Ri On’s interpretation, of Se Ki’s words, is killing me. You flirted with me first. Just now. Lets go to a hotel.

Omo! New alter :O But I’m literally want to reach through the screen and hug him. He look so vulnerable sitting in his car and asking if he’s gone crazy 😦

Okay, is this what I think happened. Judging by the intro to the first episode, and everything so far. Do Hyun’s biological mom and granddad died in that car crash. His dad probably got into his current vegetative state due to that fire, which also caused Do Hyun’s multiple personality disorder. Do Hyun, as a kid, knew Ri Jin (and Ri On ?) Somewhere also Do Hyun was abused, which is why he gets those flashbacks whenever anyone is violent towards him. Ri On and Ri Jin are NOT siblings. She’s probably someone important from Do Hyun/Se Ki’s past. Okay… End of my jumbled thoughts

Omg daaamn ! Do Hyun’s in a fuckin mirror world