You know the only reason I started watching Medical Top Team was coz Minho’s in it.

I literally died when I found out he’s not even the main character. He’s still in the actual Top Team I know, but when I watched it I wanted it to be about him.

But then I got into it. And now I’m watching it coz I think I actually like it. But I can’t help getting pissed at some of the crap going on though.

Anyways … He is so frikkin adorable in that show don’t you think ? He’s actually adorable all the time. But you know what I mean ^-^

I swear to … I can’t get into any more k dramas. I need to maintain what little life I still gave. Apart from that parody of The Heirs that Taemin’s in. I must see that.

But you know what I totally must watch ? SHINee’s One Fine Day !! I only have like two freakin episodes left & I can’t find no more subbed links. Sucks huh ? 😦

Do you know how much hard work it is to write a chaptered fic ?

Don’t get me wrong, I love writing fics. They’re like the only thing I can write coz I hate English – I mean the subject.

I was actually suprised when I started writing. I’m like Wow I’m liking this.

My hatred for the English subject is probably coz I hated writing in such a limited field. They like give you a topic/subject & expect you to write pages on it.

It totally limits creativity. I remember one year, we had this awesome teacher, and for this creative writing task she just let us go all out. We could write anything we wanted, with the promise of not being judged. Coz I went to this private school where the teachers were kinda fucked up when it came to our mentalities. I’ll stop before I go into full-blown rant. Long story short, it was the best piece I’d ever written in my life. Coming from me, a girl who’d convinced herself she had zero creativity when it came to writing. And it was also the most fun I’d ever had doing it.

Anyways I just wanted to share the only chaptered fic I’ve written so far. I only started in December. The rest were one-shots, coz I don’t think I have it in me to stick to one thing for too long.

My Story – Victim of my Presence

Soo … Like I thing it was the Lunar New Year/Chinese New Year. I’m not even sure what day that was.

No fair ! I was so prepared to go all out on it y’kno. Only online obviously.

Time to spam with celebratory pics coz I can 😛 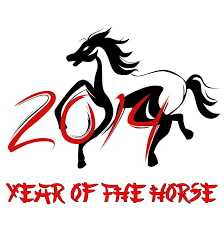 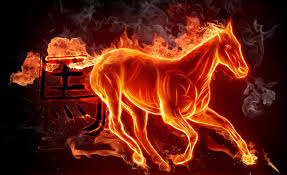 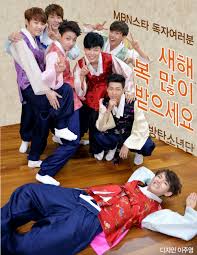 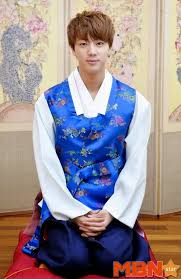 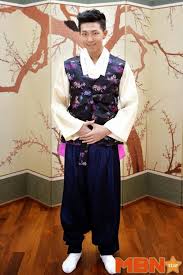 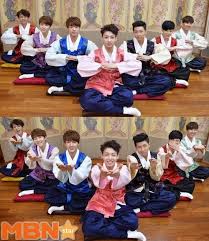 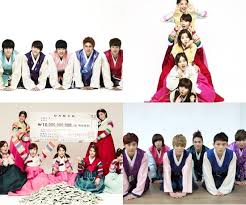 Do you know how disgusting Gaviscon is ?

I feel like puking. Wanna wash my mouth out, I would if I didn’t know better.

Basically I’ve just got some extra acid in my tummy. I made an appointment this morning coz I’ve been having this churning all week. Used to get em before, for the last few years in boarding school. But it’s really bad this week so I wanted to get checked out.

Now my mom’s acting like I’m gonna die or something. She’s all How did you do this to yourself ? Make sure you eat properly. You have to look after your health. Blah blah blah …

Well at least this mystery with my body is finally cleared up. After years of not knowing what to do with myself.

Credit: 소나무@R_Pinetree & 모태수니@0621_0218
Reupload and Posted by: firnia (www.sup3rjunior.com)
DO NOT MODIFY OR CUT THE LOGO OF THE PICTURES.
TAKE OUT WITH FULL & PROPER CREDITS. DO NOT HOTLINK.

You have no idea how frustrated I am right now !

I can’t even explain my feelings.
It’s a whole lotta kpopbased frustration. I don’t know what to dooo!!! This’ll be the death of me.

I am officially up to date ! 😀

Straight to it then. I heard someone’s gonna die. As in from the inner circle. One of the main six. I for one am all for it being Allison. After the initial shock of course, I decided I’d be least upset over her. At first coz I thought it was becoming a love triangle between her, Isaac & Scott. And I don’t want Isaac to go coz I like him plus he was an abused kid so end of 🙂 But now it’s just my last option. No hard feelings 😛

If Stiles goes I swear I will become dangerous ! Nobody but nobody kills off my baby *death glare* Obvs it cannot be Scott. He’s Scott. Derek … No. NoNo. Just No. And Lydia ? She is a badass girl. So No. I guess so is Allison but … yeah

So … on to the actual show.

Firstly I have been reading way too many Sterek fics whilst waiting for this show to air again. I actually forgot what happened so far. Assuming certain events had occurred which aren’t even in the plot. Had me so confused.

OhOhOh…. Mr Tate. Malia the coyote’s dad ? I squealed when I saw him ! The priest guy from TVD 😀 !

Anyways … How on earth did Derek & Peter get caught ?! Where is Cora gone ? What the fuck is up with them ? I swear it’s like we didn’t see half their plot. Why did he do that thing with his mom’s nails ? OhMyGod Peter’s fucking finger got cut off ! I was imagining what that would’ve done to a human. Can’t just sew it on.

Did anyone else realize how fuckin gorgeous Derek’s blue shirt looks ?

I freakin died when Kira’s dad said he was korean ! Literally sat there & fangirled for a bit 😀 I love how excrutiatingly embarrassing he is. Talking about her lack of friends in front of the class. And the best line ‘You forgot the research you did for that boy you like’ paHahaha >.<

Uh … I think I have a thing for kitsunes. Well I’ve only read about them when they came in the TVD books. You know those twins ~ the boys name began with an S or Sh ~ his name meant ‘devil’ or something ? I can’t remember it’s been ages. Kira is totally one & that is awesome !! 🙂

That rave ! Who’s idea was it again ? Aidan right ? Excuse me but Danny looked *drool* in that body paint. Ugh ! Derek totally should’ve gotten it done 😉 I would’ve died …

Anyhow …. I’d totally forgotten about Caitlyn. She’s the one from the woods right ? The virgin sacrifice time, her girlfriend got taken ? When Stiles didn’t answer whether he *cough* liked guys 😉 Why didn’t he get painted 😦  Though he got Caitlyn’s lip marks …

Scott should’ve. Give Allison something to stare at *growl* Poor Kira .. The way Allison just stared & she just let go of Scott’s hand. Even though Allison ended up stripping & being painted by Isacc *raised brow* Before 3b I imagined those two got closer whilst Scott was alright with it. But him throwing Isaac around just had me laughing like a retarded seal >_<

Dinner at Kira’s house ? That pup certainly didn’t like his first taste of sushi. And wasabi ? That literally killed me. His face !

Before I go on to more serious matters …. Derek scaring those kids ? Priceless ! His face ♥ We need more of him 😦 He hasn’t been in the last few eps that much. Well not enough according to me.

Now … Stiles’ fuckin dreams scared the shit out of me ! :O What’s happening to him ?! He wrote the stuff on the board ? So he was the one who wanted Kira dead ? And what the fuck was up with that guy ? I convinced myself he wasn’t human even

I really badly need the next episode. Like right now

Not So Innocent Kpopper
Create a free website or blog at WordPress.com.